Corporate Administration: Former Senior Advisor to the CEO, Exmovere Holdings, Inc. an international biomedical engineering corporation. He is former Executive General Manager of Clinica of Virginia, LLC, a group of medical clinics throughout northern Virginia. Mr. Boyer was Director of International Funding for the largest charity and relief organization the world - Food for Life Global, which provided national relief to earthquake ravaged Haiti and operated in almost every country in the world. Mr. Boyer has worked with several start-up non-profits over the years.

Broadcasting: Chances are you have heard W. A. Boyer on the radio in most major cities in the U.S. His public service announcements are aired in most medium and major market cities across the nation. Founder and CEO of one of the first Internet Radio stations heard worldwide, IROCK Internet Rock Radio was one of the primer album-oriented Rock Internet Radio stations in existence at the time.  In eastern Tennessee and central Florida, W. A. Boyer was an accomplished morning drive on-air personality, and consistently placed in the top five medium market Abritron ratings, specializing in album-oriented Rock, and smooth / classic Jazz.

Writer: W. A. Boyer is a refined and polished author, an experienced private and government Grant Writer, and published medical author on select diseases. He has written medical textbooks used in high schools and colleges around the US. You may not realize it, but chances are strong you have read his work on several national and international medical or legal websites.  W. A. Boyer is a published poet; winner of the World of Poetry Society Honorable Mention, Golden Poet Award and the Silver Poet Award.

W. A. Boyer has been published in newspapers, advertising journals, and periodicals. He is achieving notoriety for his internationally read and used book on Stevens-Johnson Syndrome, setting the first true medical and nursing standard of care for this condition.

Public Speaker & Educator: W. A. Boyer is recognized as an expert in specific disease process and select subcultures. W. A. Boyer is now accepting speaking engagements based on the well-received, internationally read book on Stevens-Johnson Syndrome and Toxic Epidermal Necrolysis, promoting the first true standard of care for this disease in the medical and nursing communities. 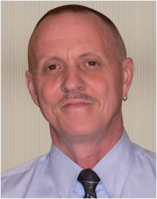 WABoyer Success in the News